Compact and bijou it may be, but the Impact Twin offers 14 channels of simultaneous analogue and digital I/O and is chock-full of TC's clever DSP technology.

The Impact Twin is a new Firewire interface from TC Electronic that features four analogue inputs (two on high‑quality mic/line/instrument preamps, two on line‑only inputs), four analogue outputs and an additional 10 channels of digital I/O on ADAT and S/PDIF ports. The Impact Twin also functions as a monitor controller, headphone amp and MIDI interface, and is reinforced by a DSP-powered reverb for monitoring, as well as compressors and de‑essers for recording. And if that's not enough, there's also a bundled suite of genuinely useful plug‑ins and a copy of Ableton Live Lite 8 TC Electronic Edition. 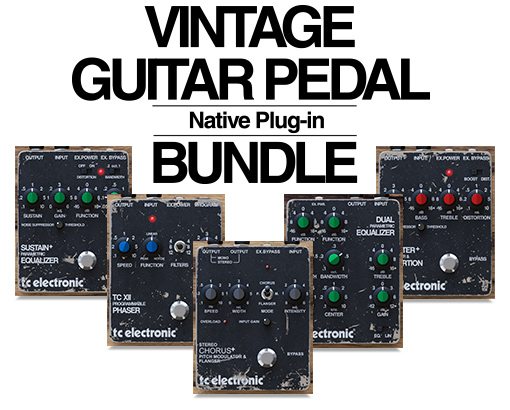 Supporting both Mac OS and Windows, the Impact Twin operates at 24‑bit resolution and sample rates of up to 192kHz — though the ADAT ports can only provide eight channels at 48kHz or below. S/MUX is supported, so you can use the ADAT port as a four‑channel 96kHz port (but not as a two‑channel, 192kHz port). There's also S/PDIF I/O on RCA phonos.

All of this adds up to a substantial amount of I/O, and the analogue and digital ports may be used simultaneously, but the Impact Twin is more than just a simple interface: it also includes a monitor control section with level control (plus Mono, Stereo and Side monitoring options) and a dedicated version of the TC Near Control Panel software, more on which in a moment.

At the rear we find all of the unit's connections, except the headphone ports and the alternative inputs for channels one and two, which are (conveniently) found at the front.

Physically, the unit is designed for desktop use and has a rubbery plastic case somewhat reminiscent of diving gear! There is a 'foot' at the front to angle the unit up slightly, and the main panel is protected by a curved, overhanging hood.

On the left‑hand side of the front panel are the mic/line/instrument inputs arranged on two Neutrik combi jack/XLR sockets. These are each accompanied by a gain-control knob and a Pad/Inst button to select the high‑impedance jack input (if connected) or to pad the XLR input gain by 20dB. With the Inst button out, the jack input can be used for line‑level sources. Phantom power is available, but can only be switched to both mic inputs as a pair and there's a simple three‑LED level meter over each input. A single button switches between the front and rear line inputs, so those at the rear may be left connected.

Next in line is a single rotary control with integral push-switch and adjacent select button. The button may be used to select Compressor Channel 1, Compressor Channel 2, Reverb or Mix, while the rotary control can be pushed to bypass the currently selected processor or turned to adjust it. To the far right, the output level control is paired with a select button for choosing between Stereo, Mono and Side (left/right difference signal). Finally we have the two headphone sockets, the first of which mutes the main outputs when a pair of headphones is connected.

The rear panel houses the jack sockets for the four channels of line I/O, the RCA phonos for the coaxial S/PDIF and the optical I/O ports, which may be used as ADAT or Toslink ports. Two Firewire ports are present for connecting to your computer, linking multiple Twin Impacts together or connecting an external hard drive. Power comes in from an included mains adaptor, though on many computers the interface can draw the necessary power from the Firewire bus. There's a status LED to show that the Firewire link has been established. Also found at the back are a standard pair of MIDI In and Out DIN sockets and a push‑button power switch.

Auditioned subjectively, the Impact mic preamps have a warm, solid sound that represents transient detail with a good balance of definition and smoothness. They stand up well alongside other respectable interface and console mic amps and I'd certainly be very happy to use them for serious studio work.

Investigating the EQ shows that this too has a smooth, analogue‑like quality, and although there are no scale markings on the knobs themselves, the values show up at the bottom left of the Control Panel window as you're making adjustments. The HF section can be set to bell or shelving, while the low EQ can be shelving or bass cut.

I rarely compress while recording, as the dynamic range of today's systems means there's really no need, but I tried the on‑board compressor and found that at gain reductions up to 6dB or so, it actually sounded very transparent. The preset styles are very effective — you can get very obvious compression if you push it, but at sensible settings it has a very classy sound. Depending on how you set the input level, the output level can increase significantly as you turn up the compression, which actually regulates multiple parameters, including threshold and gain. There's no make‑up gain control as such, so you need to keep an eye on your DAW input level as you make adjustments. There is a safety limiter with yellow warning LED in the compressor section, but that's no reason to get sloppy with your level setting! A small triangle on the input meter indicates an optimal working level and if you stick to this, the compressor gain changes should be much less. The de‑esser works in a similar way, following the compressor 'style', and seems fairly forgiving — though I must admit that I find it hard to make my own voice generate much sibilance, so I couldn't give it a really tough test.

TC's reverbs are amongst the best around, so it came as no surprise that the monitoring reverb was very smooth and natural‑sounding. It's also easy to adjust, with only three controls and a reverb type to choose from. The M40 plug‑in equivalent out-performs many third‑party synthetic reverb plug‑ins, so it's definitely one to use in a mix, though I'd have preferred to have all the different space, ambience and spring‑type options that the monitoring reverb has. The other bundled plug-ins are the ResFilter and the excellent Assimilator EQ, which lets you take an EQ curve from any sound an apply it to your own.

The bundled M40 reverb plug-in is based on TC's 4000‑series processor.

As an interface, the Impact Twin combines good sound quality with the potential for expansion, so if the existing analogue I/O isn't enough, you can add an eight‑channel, ADAT-compatible preamp unit. This would give you 12 analogue ins and outs with the option of an additional stereo digital I/O, which is more than enough to handle most project studio tasks.

According to Logic, my M-Audio 2626's round-trip latency with a 256-sample buffer size at 44.1kHz is 21ms and the Impact Twin's 29ms. The higher latency of the Impact Twin is probably a function of its extra DSP processing, but you can still get it low enough to play software instruments in real time, while vocal and instrumental overdubs can make use of the TC Near mixer for a latency‑free monitor mix. 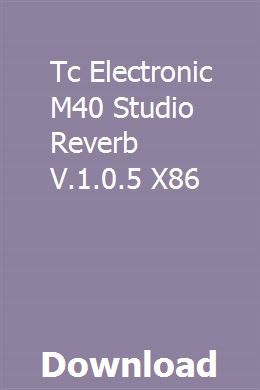 The Firewire side of the interface seemed to work pretty well, although if I switched the interface off and then back on again, I found that Logic didn't always recognise its reappearance and offer me the choice of using it — and the Control Panel usually quit. Nevertheless, on the occasions when this happened (during deliberate tests), it always came back on line if I closed and then relaunched the DAW software. The Impact Twin's firmware is likely to be tweaked and tuned a little more, so by the time you read this review that fairly minor gripe should have been addressed.

Given its attractive price, impressive audio quality and sophisticated bundled effects, it is difficult to find fault with the Impact Twin.

Although it's hard to exactly match the TC's feature set, the Focusrite Saffire Pro 24 DSP probably comes closest. The choice becomes much wider if you just need a basic interface without the DSP frills.

The included Near software is able to handle low‑latency source monitoring with added 'comfort' effects, so you no longer have to trade high latency for the ability to add reverb to the vocal monitor mix. On‑board DSP is used to power the Direct Monitor mixing, Direct Monitor reverb, two compressors, two de‑essers (one each for channels 1 and 2) and iCheck. The last, as I understand it, analyses the Side (difference) signal during playback to monitor quality loss caused by compression artifacts when creatingt let the simple controls put you off. All the other inputs have faders, reverb send, solo and mute buttons, and all channels have metering.

The Reverb module offers control over tonal colour, pre‑delay and decay time, but there's an impressive list of reverb types from which to choose and the quality is very good. However, the reverb is intended primarily for monitoring, so there's no way to access it within the patchbay section of the mixer — you'll need to use the native M40 plug‑in (which uses the same algorithms, albeit only the room, plate and hall options) if you wish to include it in your mixes.

As far as ergonomics go, the TC Near mixer controls are a bit on the small side, so some way to resize the window would be welcome, but otherwise I found it very straightforward to operate, including the simple point‑and‑click routing matrix.

The Impact Twin combines the essential elements of an audio interface, a MIDI interface, a monitor controller and a healthy complement of analogue and digital I/O options, with monitoring reverb thrown in for good measure. 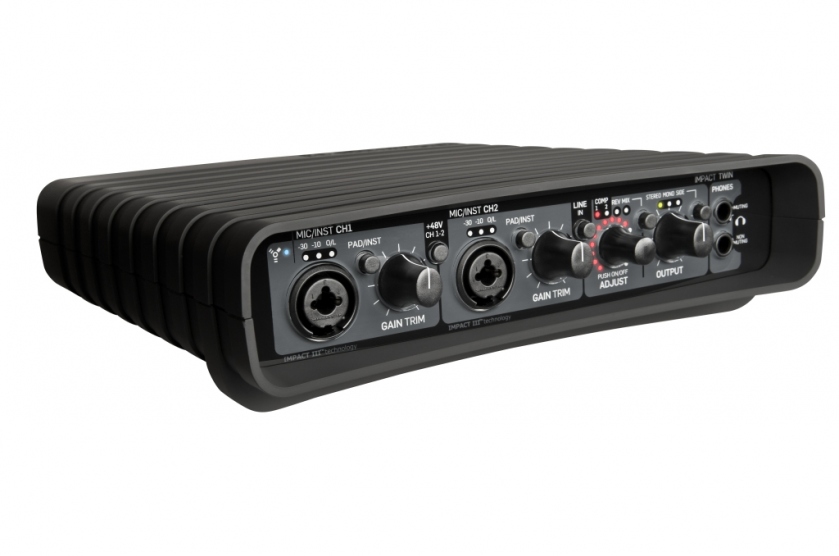