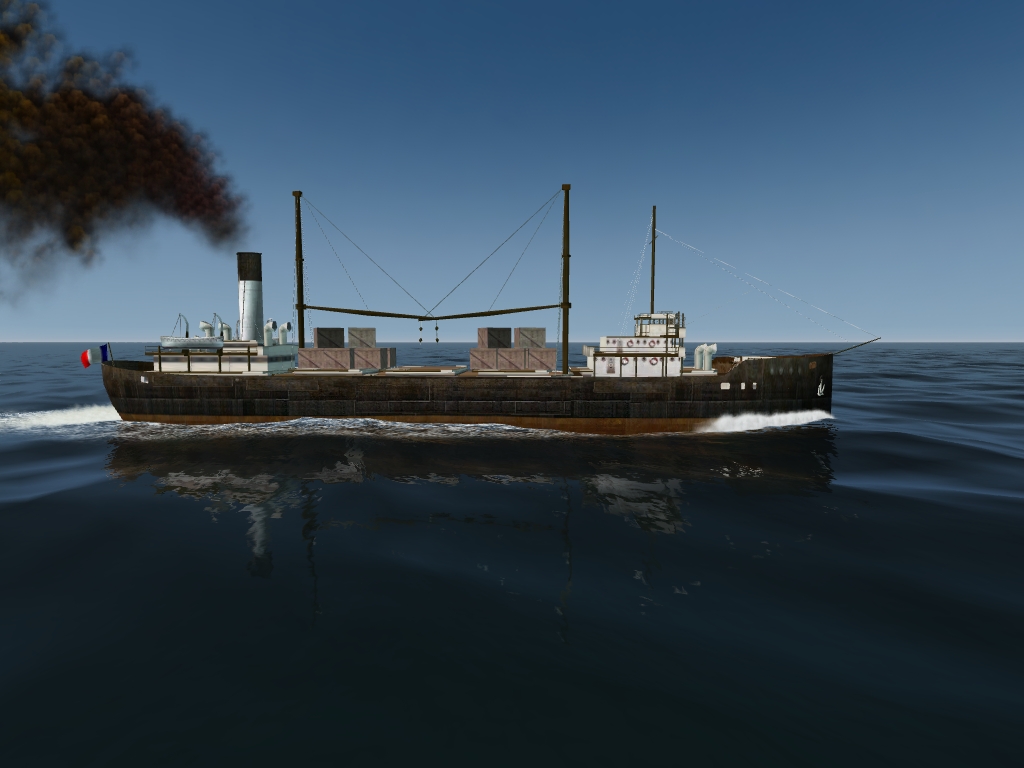 It makes SH3 a new game, to put it mildly. The visual effects are great, sounds are awesome. Scapa Flow now has the real-world small entrances 'sounds', so you can recreate Prien's attack on the Royal Oak. Many new ships, different convoy system. Convoys actually zigzag now.

Convoys escorted by a light cruiser sometimes, sometimes a battleship or carrier. Each convoy has a% chance of these appearing. Hunter-Killer groups in late war, which are DEADLY.

DD's are deadly too, often unfairly so. I have modded them a bit myself, to bring it to a more real-life level, according to Uboat books. There are some modifications of sub ranges, to account for inaccurate distances shown on SH3 map.

There's a TON of stuff, really. The manual is over 100 pages long. PM me if you want me to send it to you. In short, it makes SH3 a whole lot more realistic.

If realism is your thing, GWX is for you. If you want a shoot-em-up game, GWX probably isn't. But then, SH3 isn't, either, so give GWX a try. You'll probably never go back. I sure haven't!

New things: Anti-submarine nets and minefields around harbors (both enemy and friendly). Charts of friendly harbors to show you where these are. With enemy harbors, it's a guess as to where the openings are, but the nets appear in the various ports on historical dates.

Barrage balloons from land and ship against low flying aircraft. Air raids on ports. These can get annoyingly heavy late in the war, but that's the way it was. Gunboats and Anti Submarine Warfare boats patrolling harbors. Many, many more aircraft types. Friendly aircraft will attack convoys within range of their bases. I've seen that personally.

Friendly ships will hunt and attack convoys, which I have not seen. Milk Cow refueling submarines are available on historic dates.

The system for refueling isn't perfect, but given the game's limits, it's a spectacular job. Covert supply ships (the Python, for example) are available in historic locations. This includes the German ships that were doing covert supply from Spanish ports. Lightships for navigation around hazards. AI submarines and ships coming and going from, as well as docked in ports to give real world ambiance. Unfortunately, submarines are limited in their ability, with only a usable anti-aircraft gun, and no ability to dive. Again, within the limits of the game engine, it was a fantastic job by the Mod's designers.

They added the Turm 4 anti aircraft type VII on historic dates that you can follow as an escort out of and into base for AA defense. (Google U-441, uboat.net). Massively increased radio traffic. This is for ambiance, but at least gives you the feel as if you were not fighting the war alone. Unfortunately, with the AI's limitations, you still are. Better rendition of certain locations. Most islands are no longer just an un-defined flat blob sticking up a few feet out of the water.

They now have shape, and look a whole lot more like the actual locations. As Foe said, it's a whole new game, to be sure, but you would be wise to have a fair idea of how to operate (real world tactics, etc) before making the switch, since the AI have been made considerably better to make up for deficiencies AI engine. 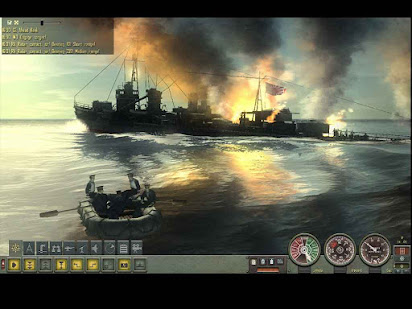 No more shooting down hordes of aircraft while running on the surface. (No more hordes, and those that show up are a whole lot better.

The power of the cannon and gun rounds have been increased, so that even being strafed by an aircraft will cause a fair amount of damage.) In fact, in late war, you won't be spending much time on the surface. And much, much more! Happy hunting! We're here to help.

There's only one way to be certain of the status of a ship, and that is to check the flag. At night you just have to get a heck of a lot closer! Of course, if you can't see the flag and they shoot at you; welll. I don't care who they are, I'm shooting back! There is, however, another way to do this, although it is not 100% reliable. The other way to tell a ship's status at night is by its lights.

If it has lights on (which will include illuminating the flag), it's probably neutral. This isn't 100% accurate, however. I've run into many a small tanker off the U.S.

Coast in early 1942 that still has its lights on. This may be a glitch, or it may be intentional (which I'd bet on, given the research that went into this mod), reflecting America's nonchalant attitude at the beginning of the war with it's Atlantic sea lanes and cities.

(The city mayors refused to enforce blackouts due to the problems it would cause with the economy. The U boat captains simply used the lights as a backdrop to silhouette the tankers.) As for German freighters, they'll have their lights off once the war starts, too, so you can't tell them at night without getting close enough to see the flag. Keep in mind that Germany's merchant fleet was minuscule compared to Britain's. If you run into a blacked out ship away from Germany, chances are, it's Allied. The realism settings are all still there, and adjustable. The difference is in the percentages that various things will cost you.

Whereas in stock, external camera cost you say 10%, in GWX it costs say 15%. Little adjustments like that.

You can still play at zero realism up to 100%, mix and match, your choice, however, it doesn't affect the increased AI abilities, the added grapic things (ships in ports, minefields) etc. (the coded stuff). You can also cheat and use the ' buttons to scan through available targets. You can then view their flags that way.

I modify my game by editing the game files to remove negative renown for sinking neutrals. My reasoning behind this is that in real life, a 'neutral' ship sailing under armed escort in a convoy is actually engaging in a hostile act and is therefore a target. Having modded my game, I do not then go about shooting any ships in sight, just those that demonstrate by their actions that they are trading with Britain, or the U.S.

When it enters the war. U-boat captains were actually under orders to sink neutral vessels that were on a course taking them to Britain.

A neutral flag counted for nothing if you were taking a supply of fuel, food, etc. To the British.

No signficant diplomatic outrage occurred over this. The only incidents that captured real attention were the sinking of such vessels as the passenger liner Athenia. Sometimes even a hospital ship was sunk under poor visibility conditions, without being made into a propaganda coup. C'est la guerre.

reliable 'split in half' ship damage feature that exsists in stock, and changes tot he ships damage model that prevents torpedoes hitting the same area of the ship multiple times from casuing anything other than flodding in that area to become fast. This creates more uncertanty in the way a ship will sink and how fast and how many hits. Plus, the deck gun cannot be simply aimed at one spot on the ship and repeatedly fired. You must actualy damage the ship at or below the waterline in a manner that actualy causes flooding, and large merchants may required dozens of shells. Small arms fire wont damage things larger than small coastals like tugs, as was historicly correct. Additionaly, a new sub damage model has been added which allows your sub and crew to incur negative effects as the result of enemy fire as light as 20mm. This will make surface assults on armed merchants as small as fishing boats and challenging of aircraft to carry more risk than stock. Other features include clickable interiors, new uniforms, visual and sensor adjustments, a new AI, revised ship rosters and new weapon sounds for surface guns. Additionaly, repairs to systems seriously damaged (but not destroyed) which makes more sense, as some types of repairable damage was not nessecarily repairable at sea.