Last week, I wrote an article titled 3 Great Alternatives to Final Draft that Are Either Free or Cheap, and posted a few free or cheap programs that I feel really give the screenwriting program Final Draft a run for its money.

My criticism of the ever-ubiquitous Final Draft could’ve been received with disdain or a harsh, indignant defense. Not just by Final Draft, but by its legions of loyal users.

But quite the opposite happened. Within a few days, I received a great response from Joe Jarvis, Final Draft’s Product Manager. Here it is:

I enjoyed your article.

I’m the product manager at Final Draft and wanted to reach out and introduce myself. We care deeply what our loyal users think of our brand, our products, and we try to keep our finger on the pulse of our users’ experience. Reviews like yours are appreciated for this reason. Let me just take a moment of your time to address a few of the concerns you raised.

First, let’s jump into the “Penchant for crashing” you mentioned. In my world a “crash” is a priority ticket. We have a dedicated live support team and a QA department who’s sole purpose is to ensure the integrity of our applications. While random crashes can happen in any software, I’m not aware of anyone who is experiencing a consistent crashing of Final Draft. It’s my experience that certain files, if they have become corrupt, can crash. This certainly could lead a user to think the software might have a problem, but in fact it’s normally a particular file (or files) that is the offender. I tell you this because if you (or someone you know) is getting a lot of crashes, we may be able to help! I’d encourage you to contact our support department and troubleshoot this. It can most likely be fixed. (Support.FinalDraft.com)

With regard to the interface, you will get no argument from me! We are, at this very moment improving the UI on both Mac and Windows. We are switching out mac libraries which will lend itself to a more up to date look and feel in version 9, and on the Windows side we are now using the Ribbon bar class in development to bring us up to the current 2013 look. While it was an awesome year for movies, with titles like Pulp Fiction and Forrest Gump, we certainly don’t want to be trapped in 1994. 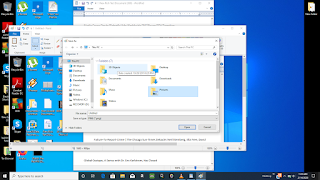 Price. Yes, 249 is a premium price. That is the full retail price. But we do have all sorts of sales, discounts and promotions going on constantly. We discount for students, guild members, and a whole range of other folks. Our returning customers only pay 79 bucks for an upgrade, for example. Resellers like Amazon will discount our products at their discretion as well. Also, please understand that we are small company serving a niche market. Final Draft is a Hollywood based company that was started at the grass roots level by real screenwriters. To this day, our primary focus is on the working writer. It’s said that if you are serious about screenwriting, you use Final Draft. We’ve earned that reputation one loyal writer at a time. Our software a very feature rich product, but one that serves a specialized user. Because we don’t build general purpose business solutions our market is of a particular size. We don’t have the luxury of making up dev cost over a mass distribution model. I don’t know if you’ve ever tried to employ a team of software engineers, but they normally have huge student loans to pay off and don’t work cheap! In order to offset the high ongoing cost of development, we are forced to price our product as a specialized solution. I hope you understand.

Lastly I just wanted to touch on the Final Draft Writer for iPad. We envisioned it as a companion to the desktop, but it has much of the core functionality that you will find in Final Draft. I know writers that can live only on their iPads now. While $49 seems like a little when compared to the desktop cost – it’s a lot against the backdrop of .99 cent apps. The Writer is a fully featured productivity app that we’re very proud of. It was built in-house on the same engine that paginates your desktop software. Very few of our competitors can say that they paginate the same across desktop and mobile platforms like we do. The writer in it’s first generation was meant to live up to that pagination standard. The updates to it are free, and we are building more Final Draft functionality into it every day. While my mobile customers still express things on their wish list, I don’t think anyone is disappointed in the Writer’s current feature set.

Thanks for listening. If you ever want a copy of our iPad app to check out – just let me know. Also, if you care to be a beta tester for Final Draft 9 or other apps, we should talk. And if you have any further issues, questions or comments, I’m all ears!

I immediately tried the Final Draft app for iPad, and it rocks. For me, it’ll be one of those on-set things that will quickly become helpful for making quick revisions, printing, sending to Dropbox, etc. As for the main bulk of my writing, I can’t imagine doing it on an iPad myself, but I know that that’s the way hundreds of screenwriters like to write, and the way thousands more who are getting into the industry are going to learn how to use a screenwriting program.

Also, I’ve just opened up the Final Draft 9 beta and am cranking away on a new script, and am digging it. I’ll have a full update once I really get my teeth into this puppy.