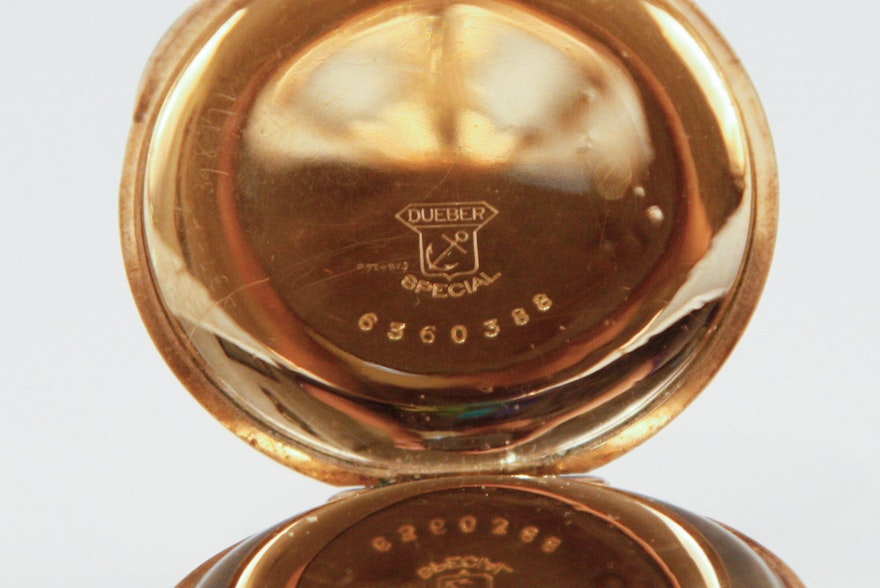 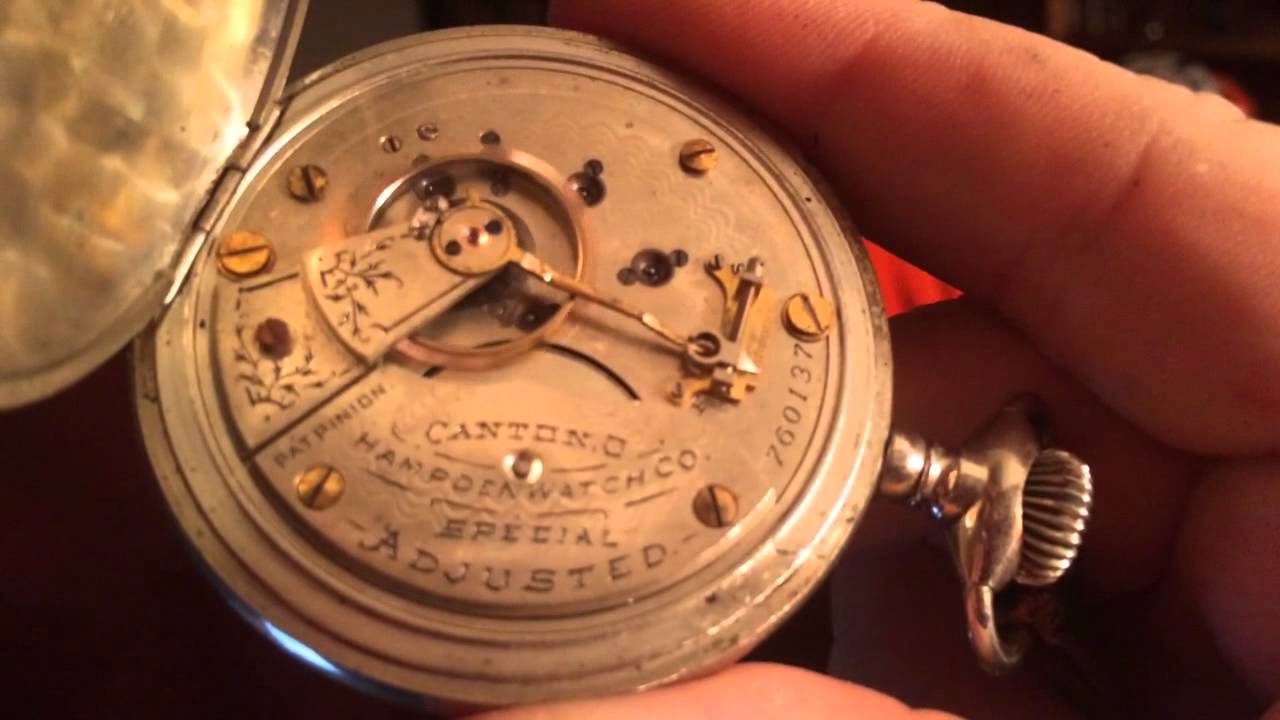 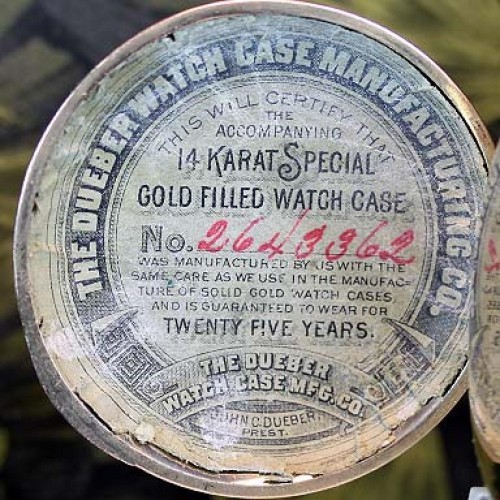 My uncle has a pocket watch which he has had for a very long time. It
was given to him when he was very young and he retired several years ago
so it isn't young. He thought it belonged to a member of his mothers
family. But when I looked up the serial number of the watch, (it's a 17
jewell Elgin with what appears to be a metal face with painted numerals)
it turned out to be made in 1923 which would not fit with the age of the
individual he thought it came from. There is a serial number on the
case as well which is a 20 year Dueber which is badly worn. The serial
number is 118080 and it is a pendent at 12 o'clock type. I don't know a
lot about these things but in examining it, I wondered if the watch may
have been in a different case at some time. It does run, or at least it
was running when I took off the back of the case to look at the
movement. When I tried to wind it the hands turned instead. I tried to
push in the stem, but it felt as though it was on a spring like it would
if it was a hunting case movement. I never succeeded in winding it.
Any way with all these things not seeming to fit, I wondered if it had
been in a different case once.
He would like to have it running and usable, but I think I read once
where wind and set problems were the most expensive and difficult to
fix. Is that true? And is there some place I can find the date of the
case from the serial number?
Thank you very much.
Jim