If you are not familiar with Docker, it is the popular open source container engine.

Most people use Docker for containing applications to deploy into production or for building their applications in a contained environment. This is all fine & dandy, and saves developers & ops engineers huge headaches, but I like to use Docker in a not-so-typical way.

I use Docker to run all the desktop apps on my computers.

But why would I even want to run all these apps in containers? Well let me explain. I used to be an OS X user, and the great thing about OS X is the OS X App Sandbox.

App Sandbox is an access control technology provided in OS X, enforced at the kernel level. Its strategy is twofold:

App Sandbox enables you to describe how your app interacts with the system. The system then grants your app the access it needs to get its job done, and no more.

App Sandbox provides a last line of defense against the theft, corruption, or deletion of user data if an attacker successfully exploits security holes in your app or the frameworks it is linked against.

I am using the Apple App Sandbox as an example so people can grasp the concept easily. I am not saying this is exactly like that and has all the features. This is not a sandbox. It is more like a cool hack.

I hate installing things on my host and the files getting everywhere. I wanted the ability to delete an app and know it is gone fully without some random file hanging around. This gave me that. Not only that, I can control how much CPU and Memory the app uses. Yes, the cpu/memory hungry chrome is now perfectly contained!

The following covers a few of my favorite applications I run in containers. Each of the commands written below is actually pulled directly from my bash aliases. So you can have the same user experience as running one command today.

The text based email client that rules! 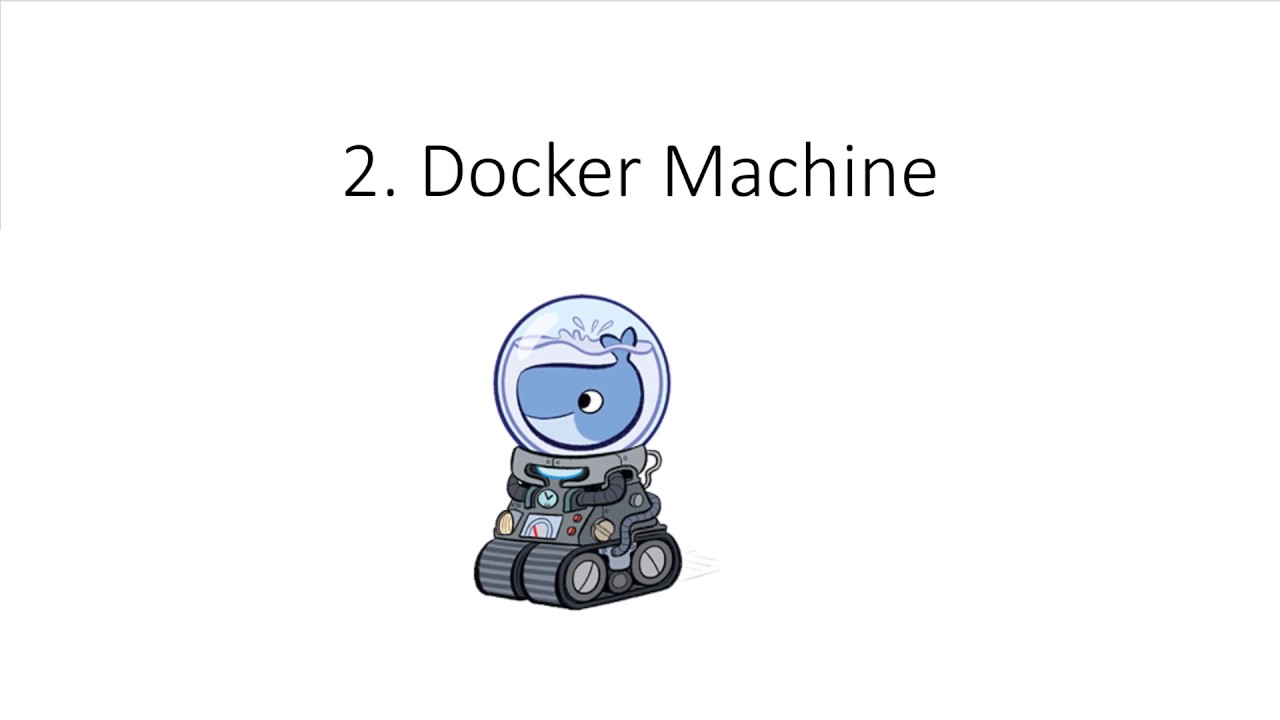 The browser everyone loves (to hate). but secretly I love

Yes I know my blog looks GREAT in lynx

Okay, those text based apps are fun and all but how about we spice things up a bit.

None of the images below use X11-Forwarding with ssh. Because why should you ever have to install ssh into a container? EWWW UNNECESSARY BLOAT!

The images work by mounting the X11 socket into the container! Yippeeeee!

The commands listed below are run on a linux machine. But Mac users, I have a special surprise for you. You can also do fun hacks with X11. Details are described here.

Note my patch was added for --device /dev/snd in Docker 1.8, before that you needed -v /dev/snd:/dev/snd --privileged.

Pretty sure everyone knows what chrome is, but my image comes with flash and the google talk plugin so you can do hangouts.

All the 90s hits you ever wanted and more.

Partition your device in a container.

The other video conferencer. This relies on running pulseaudio also ina container.

So that’s enough examples for now. But of course I have more. All my Dockerfiles live here: github.com/jessfraz/dockerfiles and all my docker images are on the hub: hub.docker.com/u/jess.

I gave a talk on this at Dockercon 2015,check out the video.

In this tutorial, you'll learn how to containerize a .NET Core application with Docker. Containers have many features and benefits, such as being an immutable infrastructure, providing a portable architecture, and enabling scalability. The image can be used to create containers for your local development environment, private cloud, or public cloud.

In this tutorial, you:

You'll understand the Docker container build and deploy tasks for a .NET Core application. The Docker platform uses the Docker engine to quickly build and package apps as Docker images. These images are written in the Dockerfile format to be deployed and run in a layered container.

You need a .NET Core app that the Docker container will run. Open your terminal, create a working folder if you haven't already, and enter it. In the working folder, run the following command to create a new project in a subdirectory named app:

The dotnet new command creates a new folder named App and generates a 'Hello World' console application. Change directories and navigate into the App folder, from your terminal session. Use the dotnet run command to start the app. The application will run, and print Hello World! below the command:

The default template creates an app that prints to the terminal and then immediately terminates. For this tutorial, you'll use an app that loops indefinitely. Open the Program.cs file in a text editor.

If you're using Visual Studio Code, from the previous terminal session type the following command:

This will open the App folder that contains the project in Visual Studio Code.

The Program.cs should look like the following C# code:

Replace the file with the following code that counts numbers every second:

Save the file and test the program again with dotnet run. Remember that this app runs indefinitely. Use the cancel command Ctrl+C to stop it. The following is an example output:

If you pass a number on the command line to the app, it will only count up to that amount and then exit. Try it with dotnet run -- 5 to count to five.

Any parameters after -- are not passed to the dotnet run command and instead are passed to your application.

Before adding the .NET Core app to the Docker image, first it must be published. It is best to have the container run the published version of the app. To publish the app, run the following command:

From the App folder, get a directory listing of the publish folder to verify that the NetCore.Docker.dll file was created.

Use the ls command to get a directory listing and verify that the NetCore.Docker.dll file was created.

The Dockerfile file is used by the docker build command to create a container image. This file is a text file named Dockerfile that doesn't have an extension.

The ASP.NET Core runtime image is used intentionally here, although the mcr.microsoft.com/dotnet/runtime:3.1 image could have been used.

The FROM keyword requires a fully qualified Docker container image name. The Microsoft Container Registry (MCR, mcr.microsoft.com) is a syndicate of Docker Hub - which hosts publicly accessible containers. The dotnet/core segment is the container repository, where as the aspnet segment is the container image name. The image is tagged with 3.1, which is used for versioning. Thus, mcr.microsoft.com/dotnet/aspnet:3.1 is the .NET Core 3.1 runtime. Make sure that you pull the runtime version that matches the runtime targeted by your SDK. For example, the app created in the previous section used the .NET Core 3.1 SDK and the base image referred to in the Dockerfile is tagged with 3.1.

Save the Dockerfile file. The directory structure of the working folder should look like the following. Some of the deeper-level files and folders have been omitted to save space in the article:

From your terminal, run the following command:

Docker will process each line in the Dockerfile. The . in the docker build command tells Docker to use the current folder to find a Dockerfile. This command builds the image and creates a local repository named counter-image that points to that image. After this command finishes, run docker images to see a list of images installed:

Notice that the two images share the same IMAGE ID value. The value is the same between both images because the only command in the Dockerfile was to base the new image on an existing image. Let's add three commands to the Dockerfile. Each command creates a new image layer with the final command representing the counter-image repository entry points to.

The WORKDIR command changes the current directory inside of the container to App.

Each command in the Dockerfile generated a layer and created an IMAGE ID. The final IMAGE ID (yours will be different) is cd11c3df9b19 and next you'll create a container based on this image.

The docker create command from above will create a container based on the counter-image image. The output of that command shows you the CONTAINER ID (yours will be different) of the created container. To see a list of all containers, use the docker ps -a command:

Connect to a container

After you detach from the container, reattach to verify that it's still running and counting.

Dinghy Vs Docker For Mac Windows 10

For the purposes of this article you don't want containers just hanging around doing nothing. Delete the container you previously created. If the container is running, stop it.

The following example lists all containers. It then uses the docker rm command to delete the container, and then checks a second time for any running containers.

With docker run -it, the Ctrl+C command will stop process that is running in the container, which in turn, stops the container. Since the --rm parameter was provided, the container is automatically deleted when the process is stopped. Verify that it doesn't exist:

Dinghy Vs Docker For Mac Pro

The docker run command also lets you modify the ENTRYPOINT command from the Dockerfile and run something else, but only for that container. For example, use the following command to run bash or cmd.exe. Edit the command as necessary.

In this example, ENTRYPOINT is changed to cmd.exe. Ctrl+C is pressed to end the process and stop the container.

In this example, ENTRYPOINT is changed to bash. The exit command is run which ends the process and stop the container.

Docker has many different commands that create, manage, and interact with containers and images. These Docker commands are essential to managing your containers:

During this tutorial, you created containers and images. If you want, delete these resources. Use the following commands to

Dinghy Vs Docker For Mac Pro

Next, delete any images that you no longer want on your machine. Delete the image created by your Dockerfile and then delete the .NET Core image the Dockerfile was based on. You can use the IMAGE ID or the REPOSITORY:TAG formatted string.

Use the docker images command to see a list of images installed.

Image files can be large. Typically, you would remove temporary containers you created while testing and developing your app. You usually keep the base images with the runtime installed if you plan on building other images based on that runtime.