BMW’s 3-series is a staple in the car industry; many have considered it among the best entry-level performance cars for decades. Car and Driver even named the 3-series to it’s annual 10 Best list 22 times – from 1992 to 2014. That’s quite the stretch. It’s also right in the heart of the E46 and E90’s production. If you’re in the market for a used BMW 3-series, the E46 and E90 will likely be on the list. In this article, we discuss E90 vs E46 performance, handling, driving, and reliability. 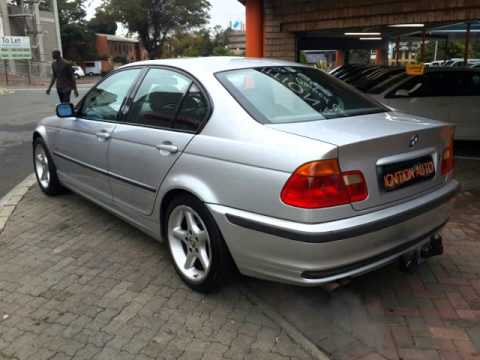 Before diving into the actual comparison let’s knock out some quick info. Below is a chart with some basic differences between the two BMW chassis. Note – length and width are middle numbers as they vary based on sedan, coupe, or wagon. We’re also using E90 to refer to the entire E9x generation, which includes the E90 sedan, E91 wagon, E92 coupe, and E93 convertible. The BMW E46 offers the same variety, however they’re all on the same chassis.

Most E90 models pick up some extra horsepower and torque compared to the previous E46 generation. This is especially true with the M3 as it went from an inline-6 in the E46 M3 to a V8 in the E90 M3. The point of the length, width, and weight is to show a trend. Some shame BMW since the 3-series has continued to grow larger and heavier. However, weight varies significantly dependent upon the specific model. Some base model E90’s may actually come in a bit lighter than fully loaded E46’s.

Final topic before we dive into the finer points. The models and engines play an important role in the differences between the E90 and E46. Below we’ll lay out the E46 and E90 models available in the US market.

The E46 323i was only available in the US market for model year 2000. It features the 2.5L M52 inline-6 engine with 169 horsepower and 181 torque. As an entry-level 3 series it’s one of the lightest E46’s available. The trade-off is the lowest power out of the E46 and E90 models we’re discussing. Additionally, the 323i is tough to find given the one year stint.

*Note – when searching for a used 330i ZHP most titles on major sites won’t mention ZHP. Narrow the results to 2003+ and look for cars with the ZHP specific features.

While BMW 3-series have an impressive pedigree already, the M3 takes it to a whole new level. The E46 M3 is no exception with its 3.2L S54 inline-6 making 333 horsepower and 262 torque. Compared to non-M E46 models, the M3 also receives more impressive brakes, suspension, tires, etc. If performance is your end goal an M3 should definitely be in the cards. However, a clean E46 M3 still runs in the $15,000-25,000 ballpark. It’s not a cheap price to pay for a 15+ year old car that may need a bit of extra maintenance. 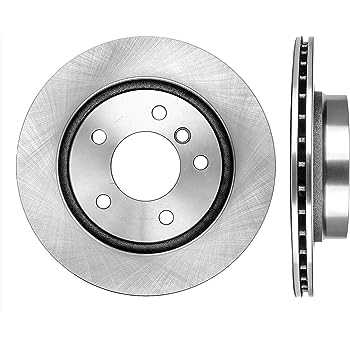 Yet another E9x model running the N52 3.0L straight-six. The E90 330i comes in at 255 horsepower and 221 torque. These were pretty impressive numbers for 2006 from a relatively small naturally aspirated engine. A base 330i tips the scales just over 3,400 pounds. Heavier than many of the previous E46 models, but it’s still a reasonable weight for a luxury performance car.

The BMW E90 335i marked a totally new direction for BMW. 2007-2010 models feature the well-known N54 3.0L twin turbo inline-6. It’s a beautiful engine from top to bottom with strong internals. Already underrated from the factory with 300hp and 300tq, the 335i becomes even more impressive with bolt-ons. 450-500 horsepower to the wheels isn’t out of the realm of possibilities. Upgraded single or twin turbos can push those numbers well north of 600whp. However, the N54 had some serious reliability problems. The E90 335i with the N54 can be found for very very cheap given its potential. However, be cautious. It’s easy to find poorly maintained models that will need $3,000-5,000+ in repairs. Read on below for the N55 335i.

Given the N54’s poor reliability BMW quickly moved to the single turbo 3.0L N55 engine. It traded off some performance in favor of reliability. Power from the factory is the same at 300hp and 300tq. Although, the ceiling with mods is lower compared to the twin turbo N54. Also, even the N55 is prone to quite a few common problems that may cost thousands.

Lastly, these turbo engines add a lot of accessories to the engine. The turbos and hardware add up to roughly 100 pounds, and all of that weight sits right near the front axle. These cars still handle well, but the added weight up-front make them ever so slightly less nimble.

Some consider the E90 M3 as the greatest M3 ever. Many praise its 4.0L naturally aspirated S65 engine, which produces 414 horsepower and 295 torque. It certainly makes some great sound up to its 8,400 RPM limit. However, the engine feels a bit dead on the lower end of the revs due to low torque. That’s especially true when compared to the extremely low-end happy turbo N54 and N55 335i. Like those two cars, the M3 also carries a bit of extra weight over the front axle due to the V8 engine. It’s still an M3, though. Handling and performance are what the E90 M3 is built for. Depending on year and condition, these E9X M3’s can still run in the $20,000-35,000 ballpark.

Alright, finally we’re moving onto the actual comparison between the two cars. The point of the above was to setup the rest of these topics. We’re going to speak generally in regards to the E46 vs E90. However, as evidenced above there are many different models and engines available. As such, the generalities don’t necessarily apply to every single model. For example, the E46 330i ZHP offers better performance than the E90 325i.

That said, in general the E90 wins the performance aspect. Model for model, the E90 offers more power, torque, and quicker acceleration compared to the E46. The E90 transmissions are also better and slightly faster at shifting. However, true performance enthusiasts may find more joy in the manual transmissions. Manuals are a dying breed, but the E90 and E46 both have plenty of manual offerings. 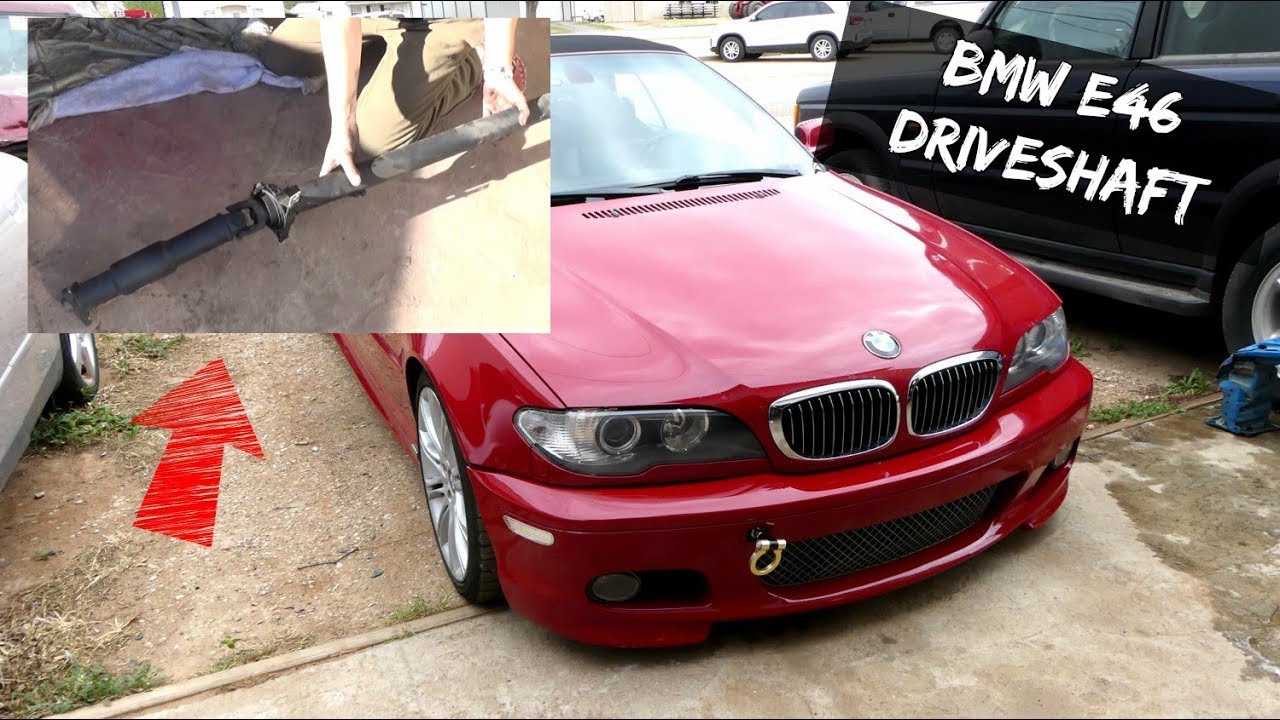 The E90 also offers a great selection of engines. BMW’s E46 is filled with all straight-6 naturally aspirated engines for the US market. That’s not necessarily a bad thing. Especially since BMW is well-known for their excellent inline-6 engines. However, the E90’s feature a naturally aspirated inline 6, single and twin turbo inline 6’s, and a 4.0L V8 for the M3. The N54, N55, and S65 all offer power and performance unmatched by the E46 generation.

E46 vs E90 handling is where things get a bit more interesting. If your goal is to build a track-car the E46 is certainly a better starting platform. They carry less weight overall and that’s especially true over the front axle. The 335i and M3 add quite a bit of weight up-front. Again, the E46 is a better starting platform. However, the E9x chassis likely takes the cake for advanced track-only builds. Stripping weight isn’t a huge issue for pure track builds, but most who plan to drive their BMW on the streets may not like this option.

Point is – the E90 carries some extra weight, which has a negative impact on handling. However, the BMW E46 chassis isn’t quite as strong or rigid. The E90 is the better chassis, but true track-builds will require some serious weight removal to be competitive.

Moving onto regular street driving the E90 reigns supreme despite its weight. The E90 335i manages 0.88g’s on the skidpad, matching the E46 M3. Those numbers for the 335i are also on the crappy run-flat tires from the factory. Throw on a set of performance tires (as the E46 M3 was tested with) and even the non-M 335i takes the win. It also does so with a bit more comfort compared to the aggressive BMW E46 M3. Of course, the E90 M3 beats out all of the cars on the list with its 0.96g skidpad.

Steering feel is where things truly become interesting, though. Numbers on paper only tell so much of the story. Feel also matters. The smaller, lighter E46 chassis will feel a bit more nimble and toss able than the E90. However, both chassis are excellent, sporty, fun cars. The E90 and E46 were before the days of BMW’s dead electronic steering feel in the F30. By the way – the F30 out-handles the E90 and E46 on paper. However, we’ll take the steering feel and feedback of the older 3-series.

Spoiler – the E46 is earning its first win here. The BMW E46 is still prone to its fair share of common problems. That’s especially true considering these are 15-20 year old cars. However, the E46 engines are generally more reliable than the E90 engines. Additionally, the E46 has less standard equipment and electronics that may cause problems. Look for a well maintained E46 that has some of the common repairs already done and you’ll likely have a reliable experience.

The E90 is a little bit of a mess when it comes to reliability. The S65 M3 and N52 325i, 328, and 330i aren’t terribly unreliable. However, the S65 has well known rod bearing issues which can be an expensive job. The S54 in the E46 M3 also has these problems occasionally, to be fair. However, the two extra cylinders on the E90 M3 add a bit more in maintenance and repair costs if things go wrong.

Beware of the twin turbo N54 and single turbo N55. The N54 engine itself is very stout with many internals holding up to 200,000+ miles even at 1.5-2x the stock power output. The real problem is everything around the engine. Water pumps, expansion tanks, radiators, coolant hoses, belts, oil filter housings, valve covers, oil pan gaskets, fuel injectors, and turbos is a short list of problems that happen. The N55 is a bit better with reliability, but there are still some concerns. We’re huge fans of the N54 and N55. If you are too, plan to set aside $3,000+ for maintenance and repairs in the first year.